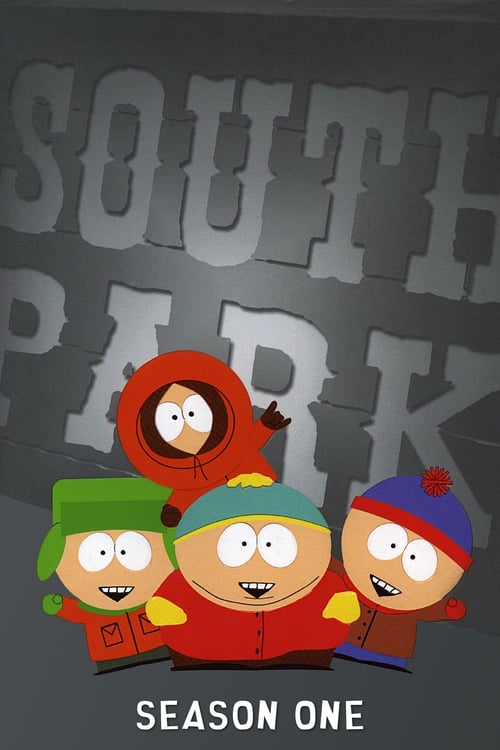 South Park Season 1 : In ‘Cartman Gets an Anal Probe’, South Park is visited by aliens, who proceed to kidnap Kyle’s little brother, Ike, mutilate some cows and probe Eric Cartman anally. ‘Volcano’ sees the boys going on a weekend camping trip with Uncle Jimbo and Ned, his pal from ‘Nam. The outing comes under threat from a volcano and a creature named Schuzzlebutt. In ‘Weight Gain 4000’, Cartman wins an essay competition, and the prize is to be awarded by none other than American sweetheart, Kathie Lee Gifford. However, Mr Garrison was humiliated by Kathie as a boy, and plots with Mr Hat to kill her and gain his revenge. ‘Big Gay Al’s Big Gay Boat Ride’ sees the South Park Cows’ match-winning quarterback, Uncle Jimbo’s nephew Stan, losing his form when he discovers that his dog, Sparky, is gay. In ‘An Elephant Makes Love to a Pig’, the boys decide to cross-breed Kyle’s mail order elephant with Cartman’s potbellied pig, Fluffy, in order to create a potbellied elephant. Things go awry when they enlist the help of twisted scientist Mephesto. ‘Death’ sees Stan in a quandry when his 102-year-old grandfather asks him to assist in a suicide attempt. In ‘Pinkeye’, Stan, Kyle and Cartman are preparing for the school Halloween party when the entire South Park community is transformed into brain-eating zombies. ‘Tom’s Rhinoplasty’ sees Mr Garrison replaced by attractive substitute teacher Miss Ellen when he pays a visit to Tom’s Rhinosplasty. It being Valentine’s Day, the boys all fall for Miss Ellen, and Wendy soon senses that she has a rival for Stan’s affections. In ‘Starvin’ Marvin’, a batch of genetically engineered turkeys go on the rampage in South Park, while Cartman is mistaken for a starving African child by aid authorities and sent to Ethiopia. ‘Mecha-Streisand’ sees the boys discovering a prehistoric relic which spawns a terrible monster. Can a famous actor, critic and rock star come to their aid and save the world from the dawn of Zinthar? In ‘Mr Hankey, the Christmas Poo’, South Park Elementary attempts to create a non-denominational holiday play, with distinctly un-entertaining results, while Kyle checks into the mental house. ‘Damien’ sees Jesus and Satan battling it out at South Park Forum after the son of the prince of darkness’s arrival rather upstages Cartman at his own birthday party. ‘Cartman’s Mom is a Dirty Slut’ sees Cartman questioning his true parentage. Could his real dad be Chief Running Water, who mom met many moons ago at the 12th Annual Drunken Barn Dance? Or is it Chef? Or Mr Garrison? Meanwhile, Stan and Kyle attempt to win the America’s Stupidiest Home Videos cash prize. 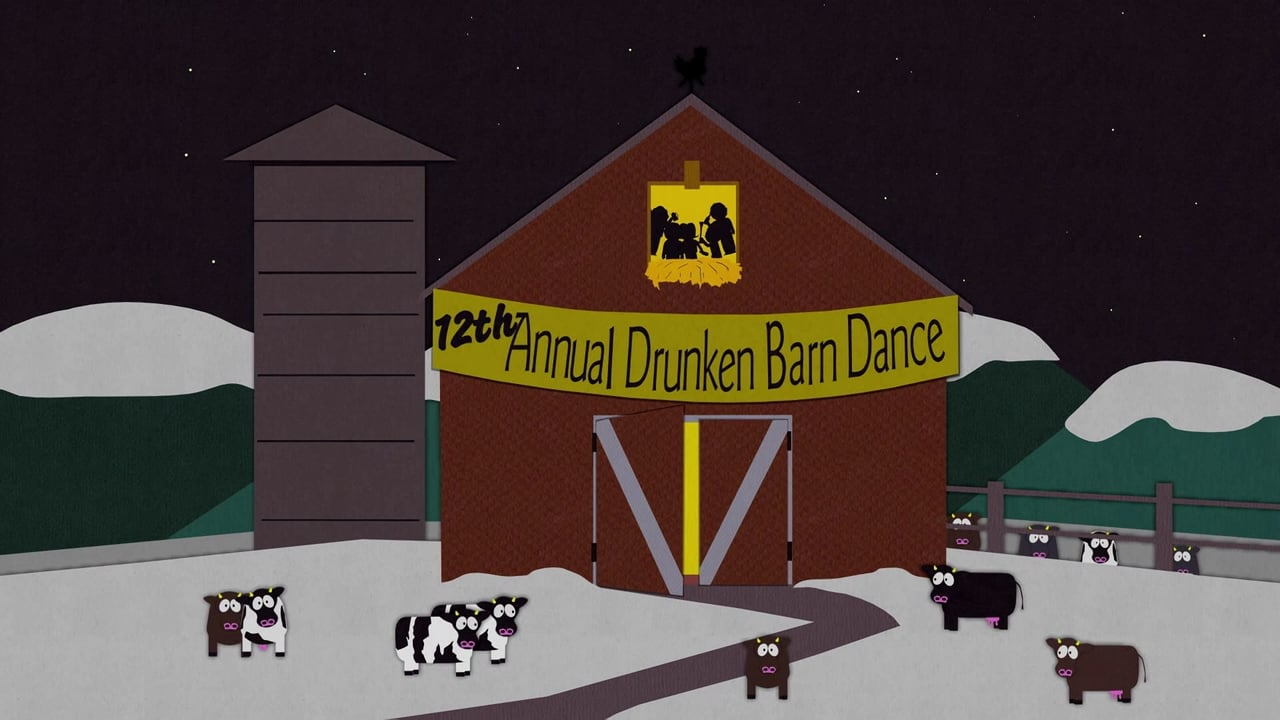 South Park Season 1 Episode 13 : Cartman needs to find out who his father is but his mom is no help. Learning that his father could be one of the many people that his mom had “relations” with during an annual party called “The Drunken Barn Dance”, he finds that there’s more to his […] 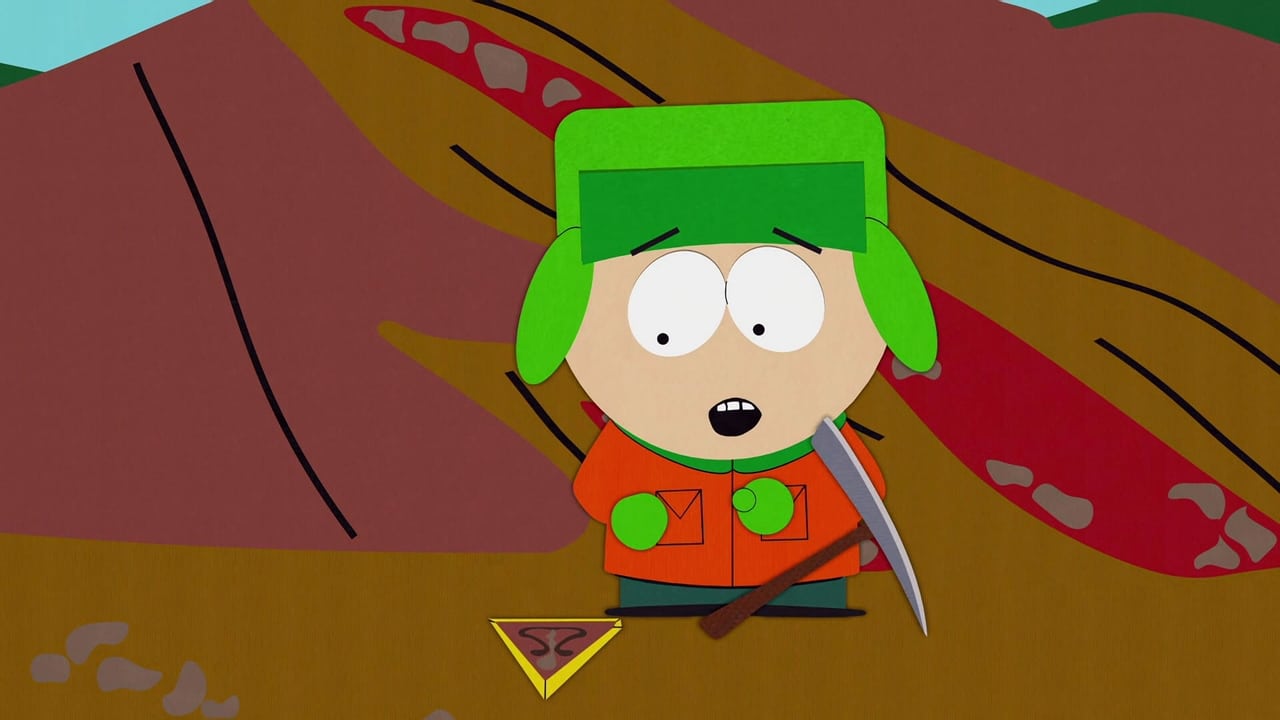 South Park Season 1 Episode 12 : The boys meet up with Barbara Streisand who wants to take over the world with Kyle’s discovery at an archaeological dig. Leonard Maltin, Sydney Potier, and Robert Smith come to the rescue to defeat Babs and her terrible destruction. 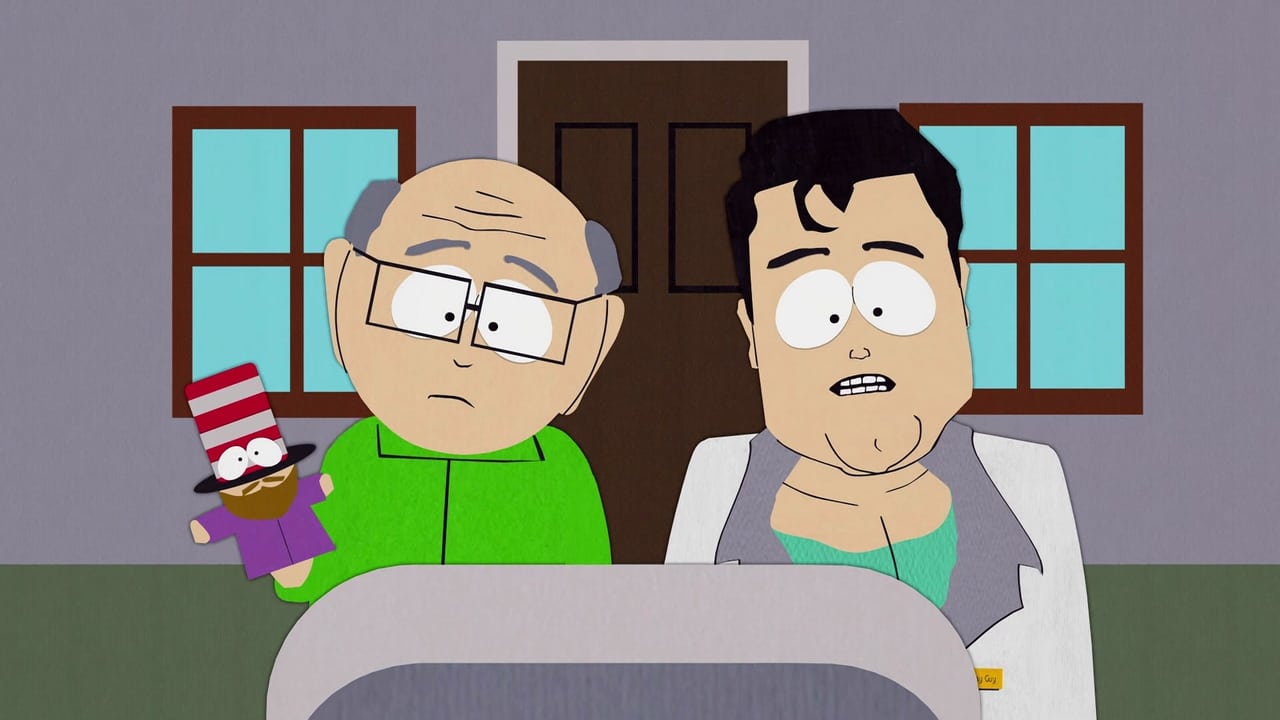 South Park Season 1 Episode 11 : Wendy and Stan discuss their plans for romance. Principal Victoria comes into the classroom and announces that Mr. Garrison is going to be out and that a substitute will be taking his place. The lovely Ms. Ellen speaks to Stan and he pukes all over his desk. Wendy […] 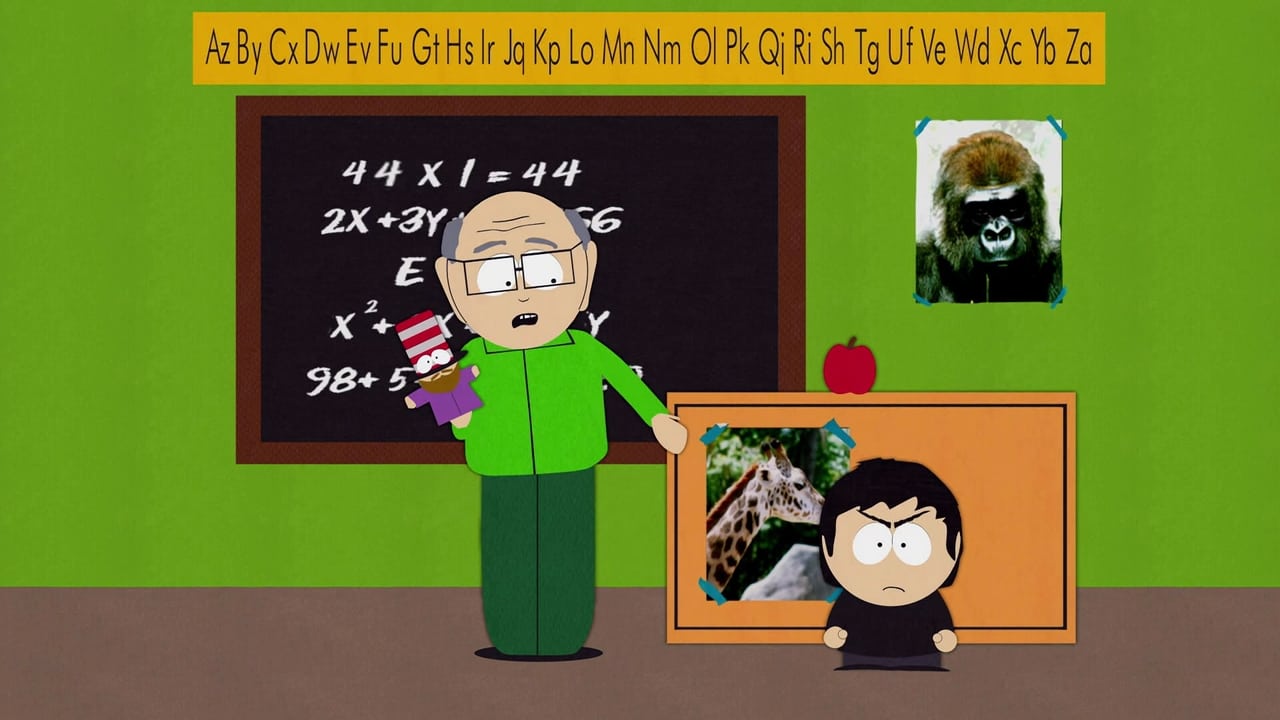 South Park Season 1 Episode 10 : Eric is handing out invitations to his birthday party at school. Mr. Garrison informs them all that there is a new student joining the class. Announcing to all that he is Damien, the son of Satan. Even as Damien demonstrates his demonic powers the children are more loathsome […] 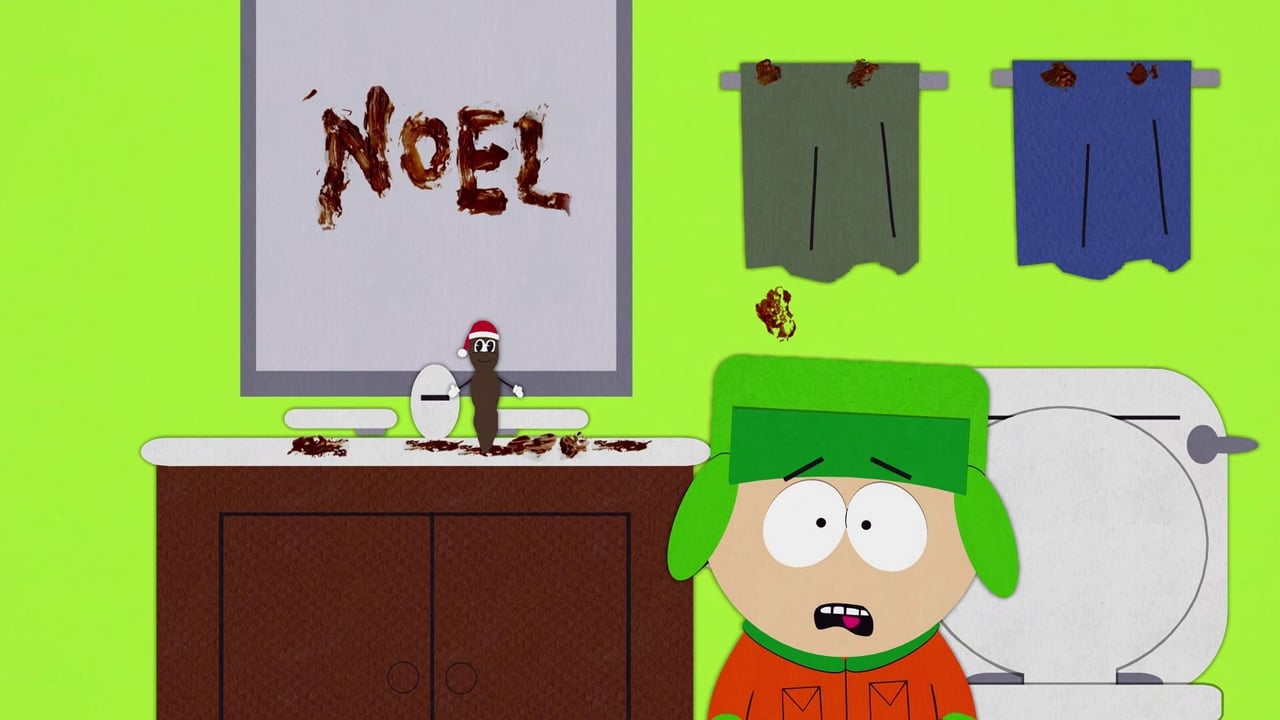 South Park Season 1 Episode 9 : South Park Elementary is on stage rehearsing for the schools play. Kyle begins to sing a song about Mr. Hankey, the Christmas Poo. Of course, no one has any idea what the heck he’s singing about. Kyle explains that Mr. Hankey comes every year to all the good […] 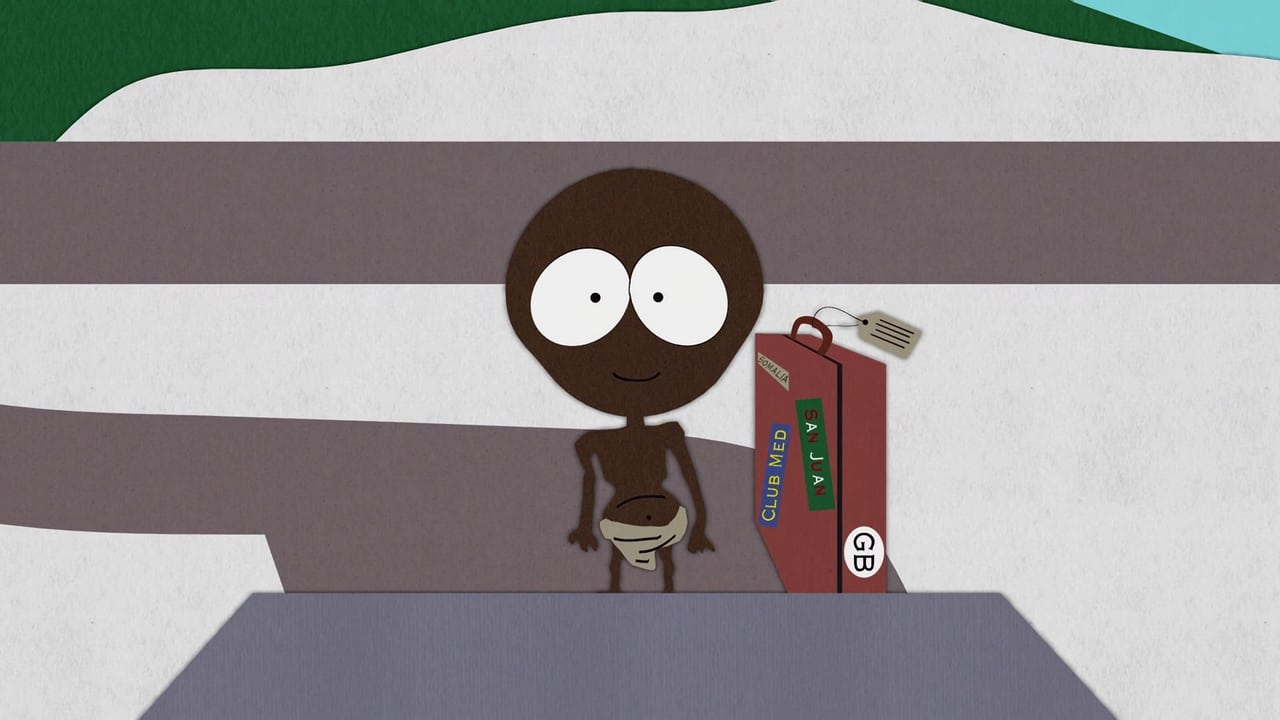 South Park Season 1 Episode 8 : The four boys are at Cartman’s house watching the “Terrance & Philip Thanksgiving Special” on television. During a break from the show, a Sally Struthers commercial convinces the boys that the prospect of a free “Taiko” sport watch with a five-dollar donation is irresistible. Typical greedy American youth. […] 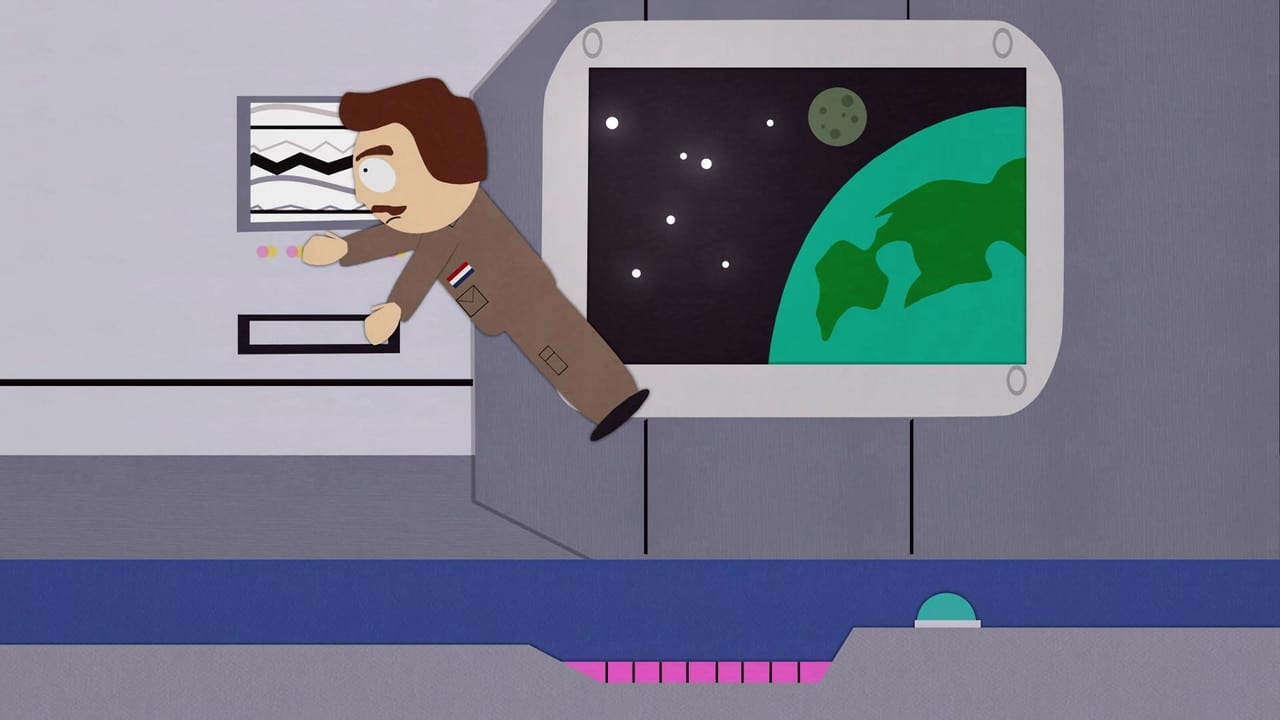 South Park Season 1 Episode 7 : The first Halloween episode starts off with the failure of the Mir Space Station, which crashes right on Kenny. An ambulance comes and takes his body off to the morgue. The boys start to brag about their Halloween costumes. At the morgue, a freak accident involving a bottle […] 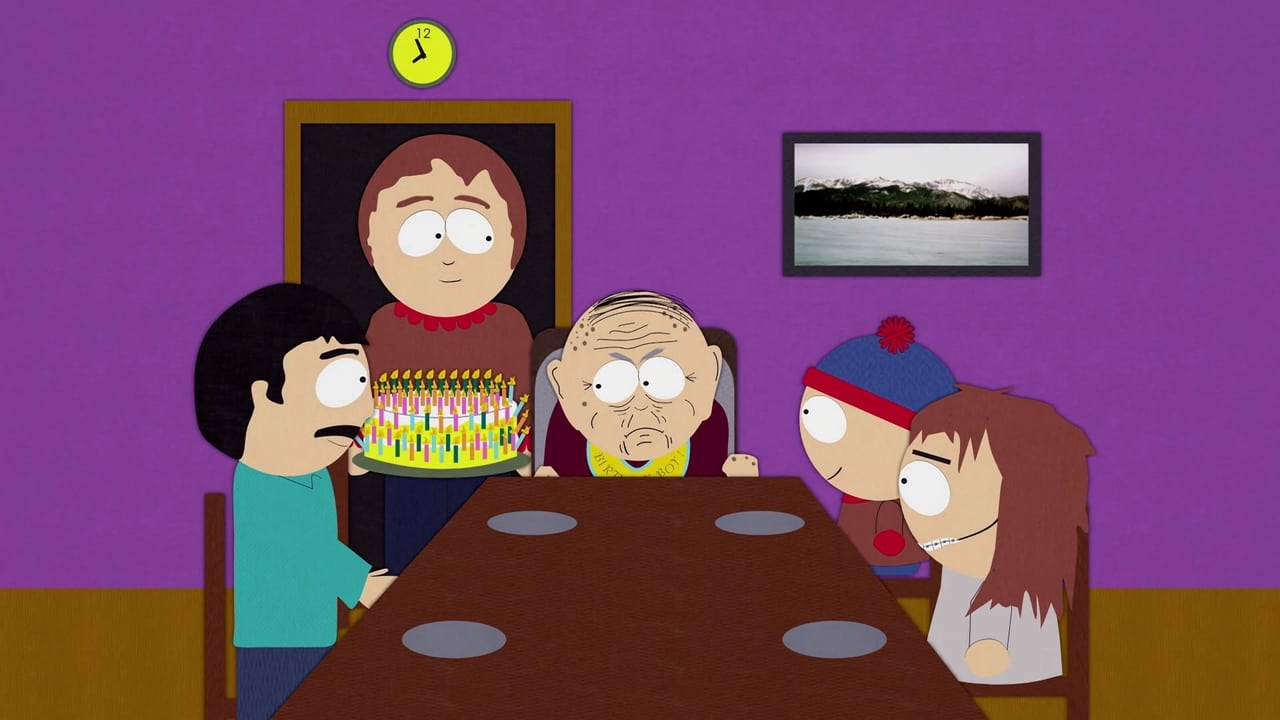 South Park Season 1 Episode 6 : “Happy Birthday” to Stan’s Grandpa Marsh who just turned 102. How does the wizened Mr. Marsh feel about his birthday? He sums it up in five words; “I wish I were dead” and proceeds trying to end his life enlisting Stan to do it for him. However, Stan […] 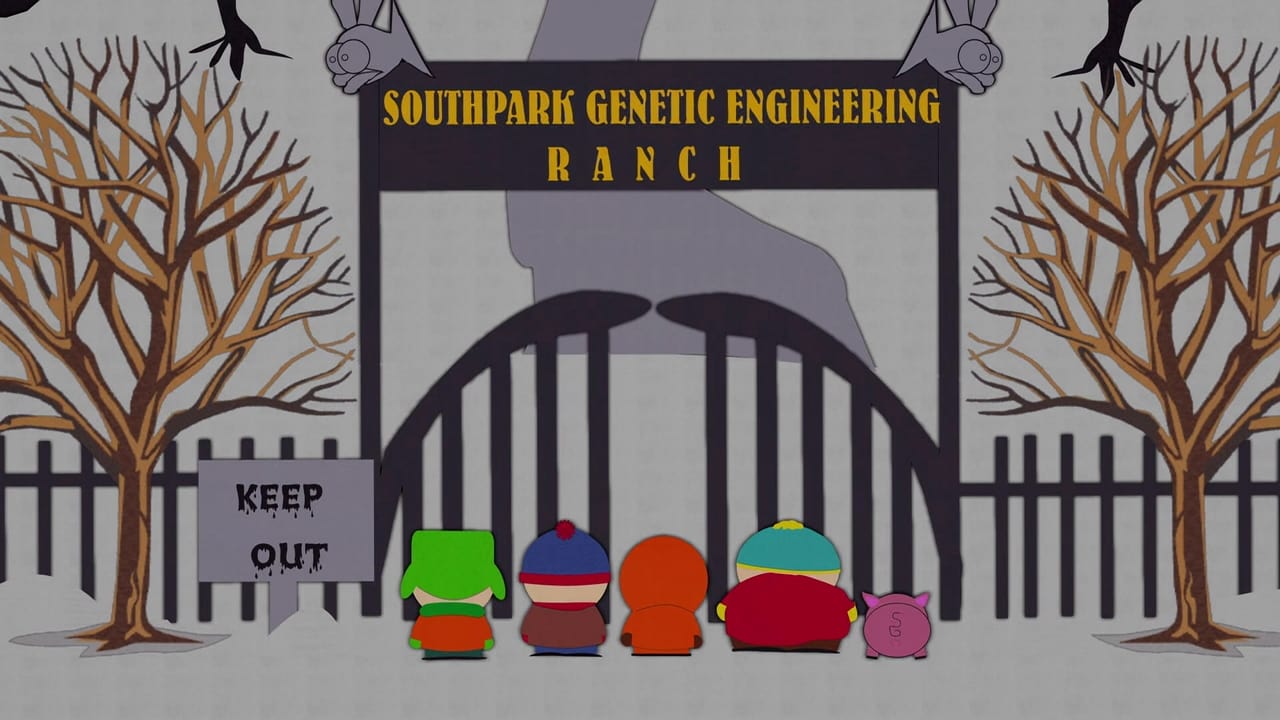 1x5 An Elephant Makes Love to a Pig

South Park Season 1 Episode 5 : Stan notices a new addition in their bus stop crew, an elephant standing alongside Kyle. At school, class lessons for the day involve genetic engineering (conveniently enough). Kyle questions the possibility of a genetically engineered elephant made smaller by design. The boys have to beat the rough kids […] 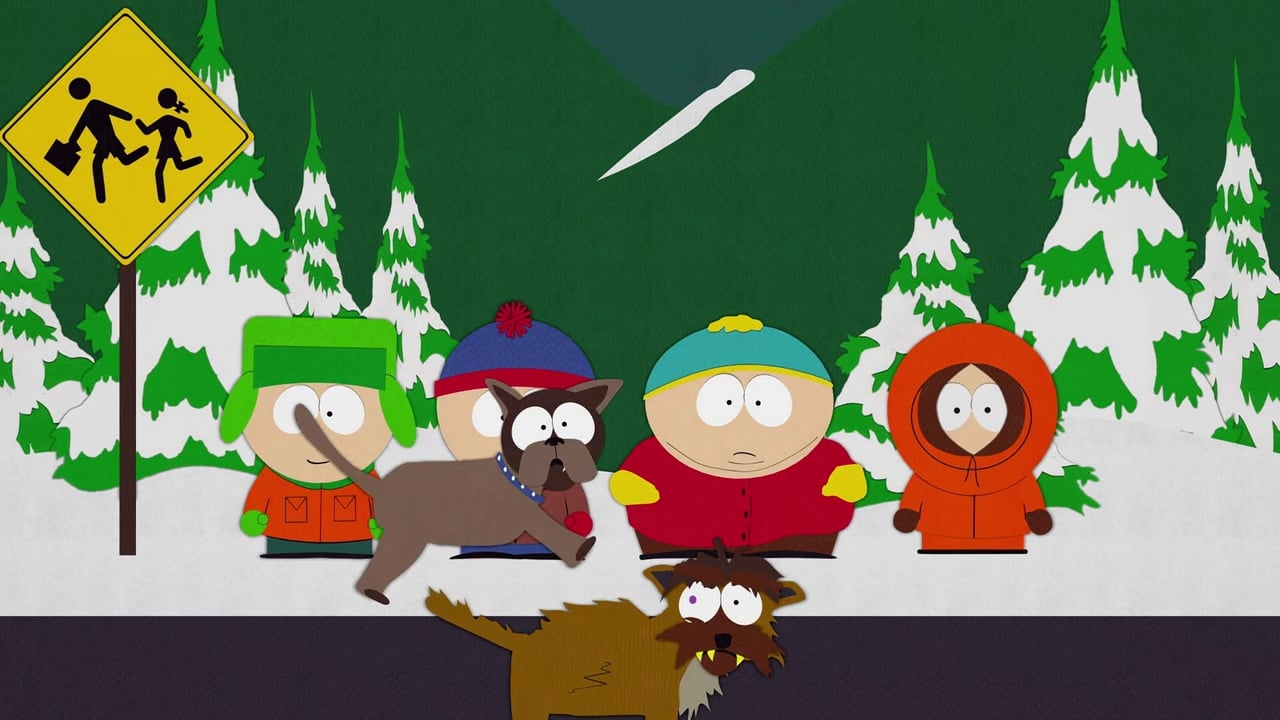 South Park Season 1 Episode 4 : Stan’s got a new dog named Sparky. Stan proclaims his pet to be the toughest dog on the mountain. Though while Stan thinks his dog is ready for fighting, Sparky proceeds to hump Sylvester like a little bitch. The other boys taunt Stan about his gay dog and […] 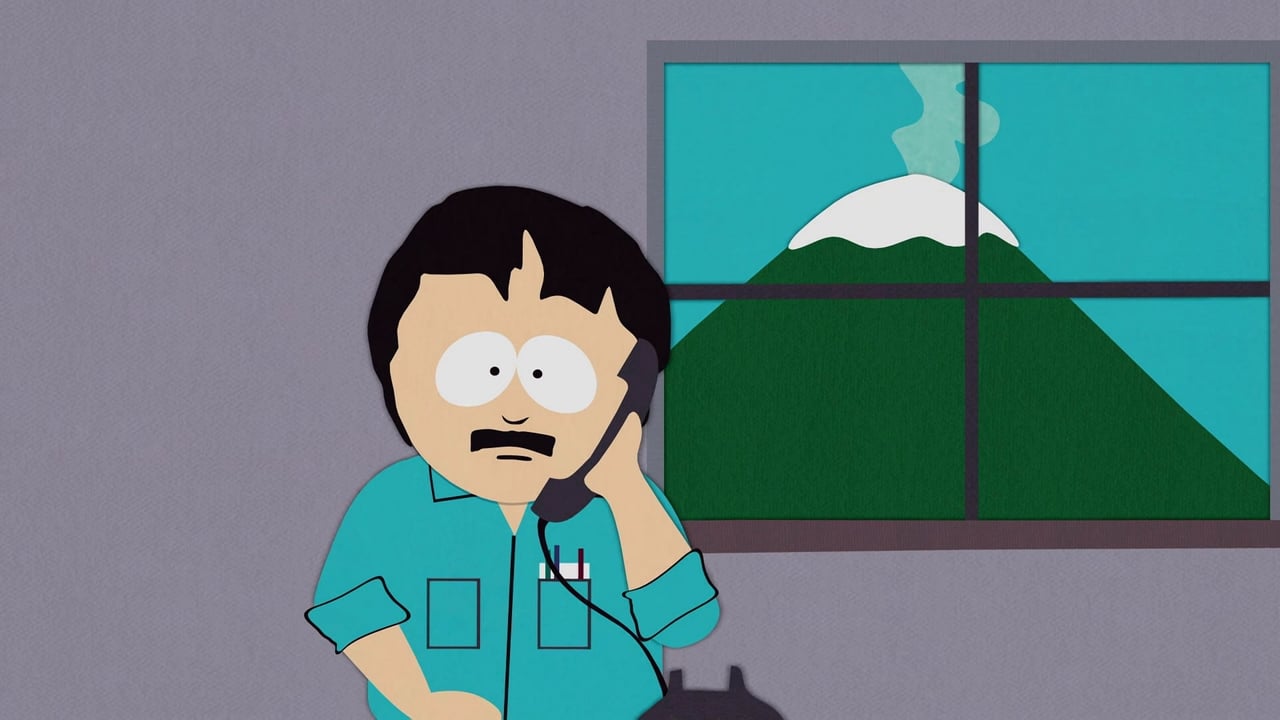 South Park Season 1 Episode 3 : The boys get together with Stan’s Uncle Jimbo and Jimbo’s war-buddy Ned for a hunting trip in the nearby mountains. After Cartman’s mom makes sure her “little” boy is safe and sound (much to Cartman’s dismay) the group heads off for adventure. As they drive away from the […] 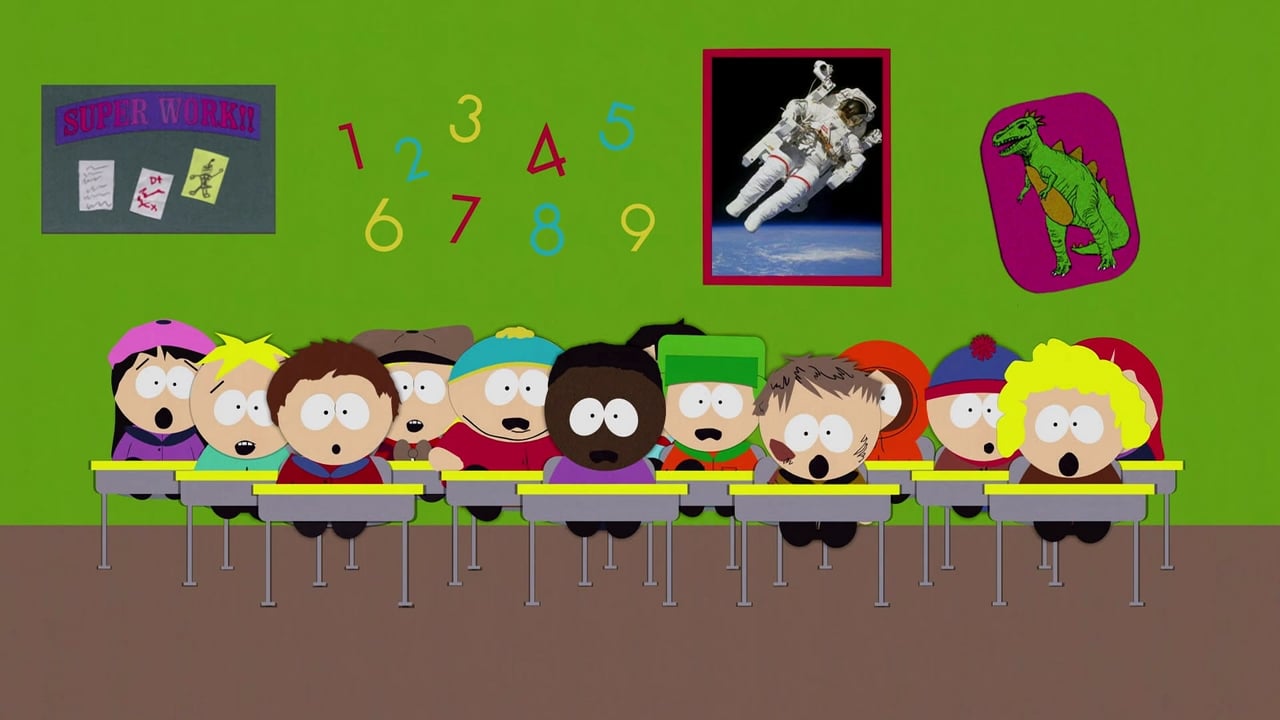 South Park Season 1 Episode 2 : Mr. Garrison starts the day off with a special announcement; one of South Park’s own has won a national essay contest. Everyone is shocked to learn that the winner is Cartman, who doesn’t even remember what he wrote about. 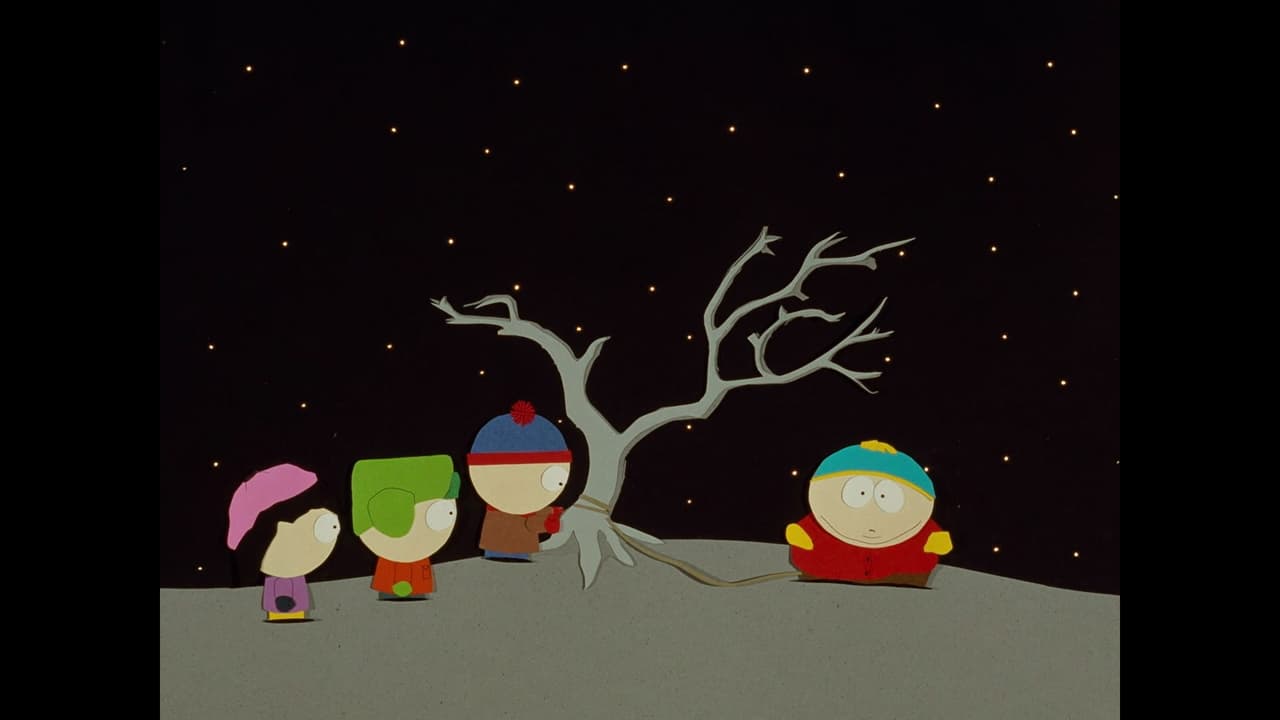 South Park Season 1 Episode 1 : While the boys are waiting for the school bus, Cartman explains the odd nightmare he had the previous night involving alien visitors abducting him from his bed. Meanwhile Kyle and Stan try to convince Cartman that the dream was in fact a reality. 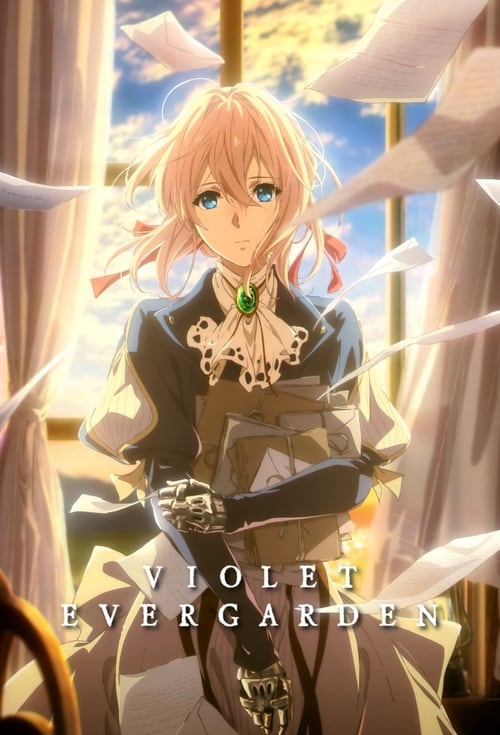 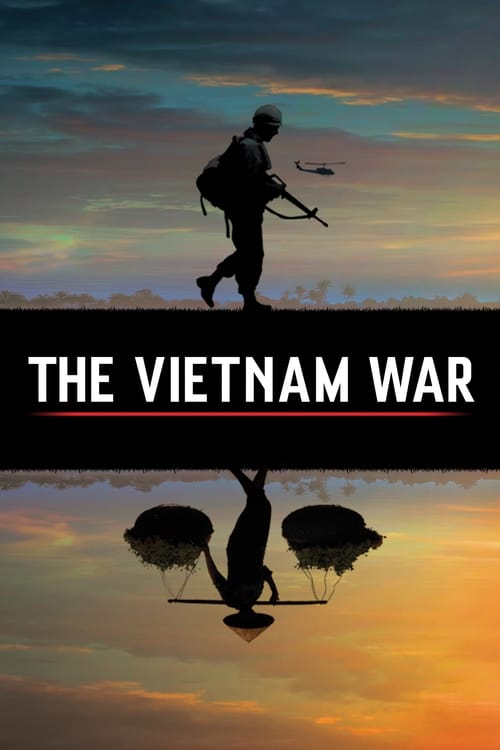 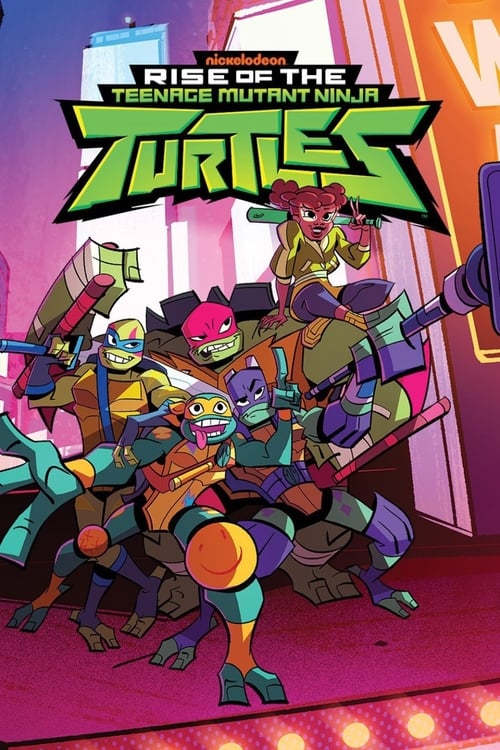 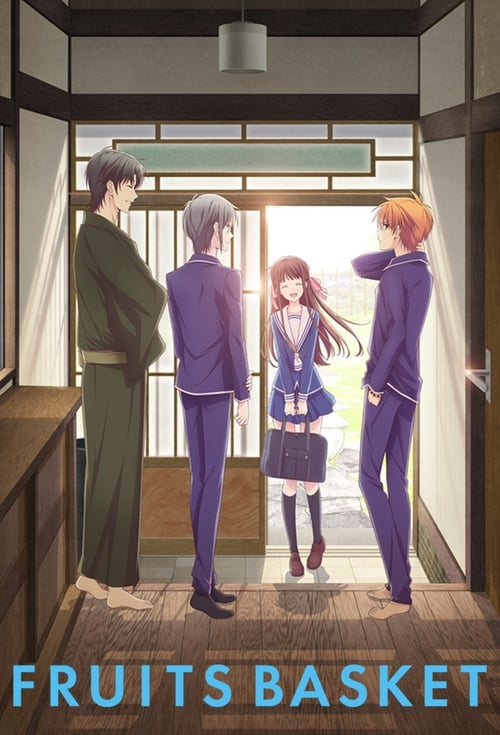 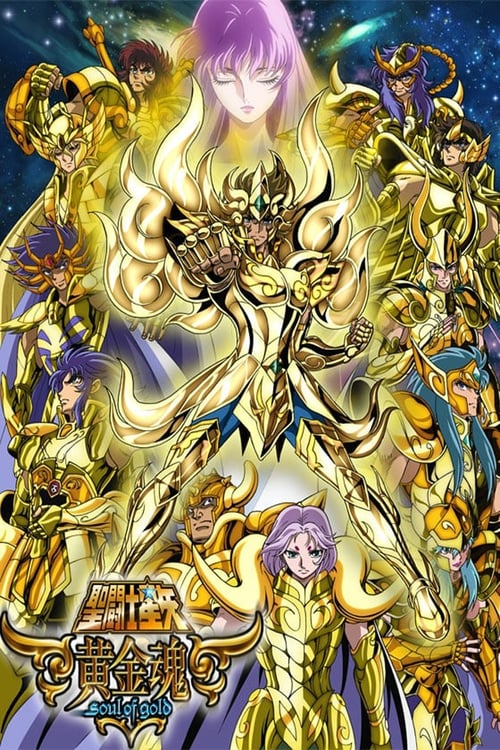 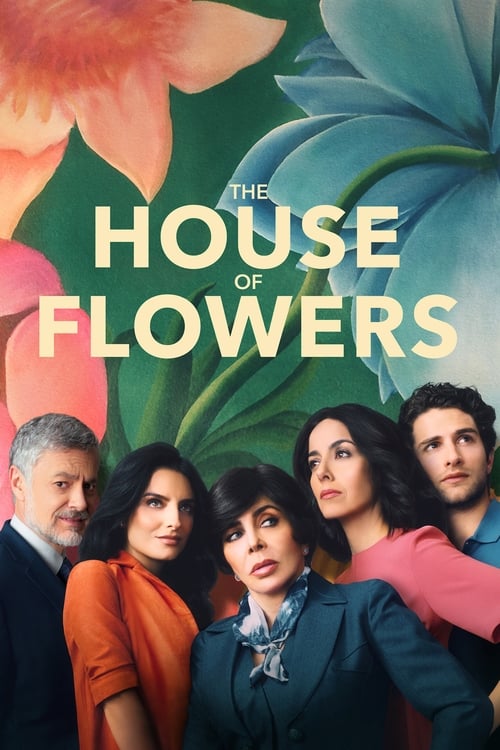